The Organization of The Islamic Cooperation (OIC)

UIn 1970, the first ever meeting of Islamic Conference of Foreign Minister (ICFM) was held in Jeddah, which decided to establish a permanent secretariat in Jeddah headed by the organization’s secretary general. The present Charter of the Organization was adopted by the Eleventh Islamic Summit held in Dakar on 13-14 March 2008, which laid down the objectives and principles of the organization and fundamental purposes to strengthen the solidarity and cooperation among the Member States.

Over the last 40 years, the membership has grown from its founding members of 25 to 57 states.

THE ORGANIZATION IS COMPOSED OF THE FOLLOWING MAIN BODIES:

The Islamic Summit, composed of Kings and Heads of State and Government of Member States, is the supreme authority of the Organization, which convenes once every three years. The Council of Foreign Ministers, which meets once a year, considers the means for the implementation of the general policy of the Organization. The General Secretariat, which is the executive organ of the Organization, entrusted with the implementation of the decisions of the two preceding bodies. In order to coordinate and boost its action, align its viewpoints and stands, and be credited with concrete results in various fields of cooperation -political, economic, cultural, social, spiritual and scientific- among Member States, the Organization has created different committees, nearly all, at ministerial level, a number of which are chaired by Heads of State. The Al-Quds Committee, the Standing Committee for Information and Cultural Affairs (COMIAC), the Standing Committee for Economic and Trade Cooperation (COMCEC), and the Standing Committee for Scientific and Technological Cooperation (COMSTECH) are the ones Chaired by Heads of State. The number and types of secondary organs and institutions, working toward the achievement of the OIC objectives, have been steadily increasing, and cover various areas of cultural, scientific, economic, legal, financial, sports, technological, educational, media, as well as vocational, social and humanitarian. Depending on their degree of autonomy vis-à-vis the parent organization, they are classified as subsidiary organs and specialized or affiliated institutions.

The Organization of Islamic Cooperation (OIC) 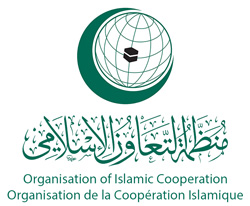